"Never had a Pull Request over 300 LoC that didn't look good to me" is, sadly, a reality of so many teams in our industry.

Fortunately, some other teams recognized the value of applying the Small Batches idea from Lean to the PRs.

But, what if I told you that teams doing small PRs with async code reviews, actually have way lower throughput than teams doing big PRs?

I got this surprising systemic insight by analyzing tens of thousands of PRs across a bunch of repositories.
On the bigger PRs side of the spectrum, we tend to lose quality, while on the smaller PRs end of the spectrum we lose throughput. We're forced to make a trade-off between speed and quality.

But! There's a parallel universe of ways of working where you get to have your cake and eat it too. Where you can have both throughput and quality. Universe called co-creation patterns (Pair and Mob programming).

Join me on a journey where I'll show you the data invalidating the assumption that two or more people sitting at the same computer will hurt team's throughput and why the opposite is actually the case. 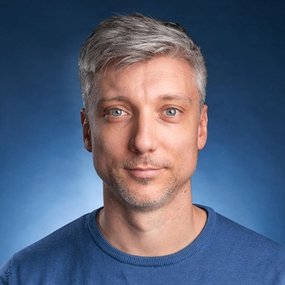 Typically on the search for better ways of working, exploring ends of the spectrums, and helping teams and organizations try out counter-intuitive ideas that initially don't make a lot of sense, but end up as completely opposite of that.

It's been a long time since he fell in love with eXtreme Programming, Domain-Driven Design, and software as a craft.

In the last couple of years, he enjoys endless discussions connecting the Theory of Constraints, Systems Thinking, Lean, and socio-emotio-technical topics.

All good!
Don't want it